Welcome to Sad Press Games. Everything here is free and/or pay-what-you-want. It is also (more or less) mothballed, while I focus on other projects. That said, if you are a games designer who has something very cool and weird and radical that is looking for a home, do get in touch. Also check out the links list for more interesting independent games.

These two games do have all the rules you need to play them, but they're by no means finished. Realistically I don't see much opportunity to continue work on them in the near future. Sorry! 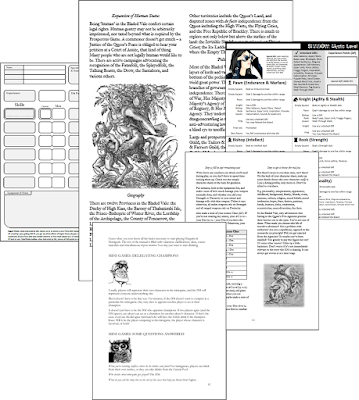 Tabletop RPG "under development":
About me: Despite the similar name, I'm not the Jo Walton of science fiction and fantasy fame. My other sites are here, here, & here. I'm on Twitter as @jolwalton.

Skycrawl: in order to teach myself the interactive fiction engine Twine, I undertook to build a little text-based dungeon crawler. You're very welcome to playtest. The setting is similar to that of Dungeons & Drapers, though without the "adventuring in secret" premise (it's set a little earlier, perhaps). Also, here's a very short unseelie bit excerpted, and a YouTube video describing one of the techniques (using arrays to create locations). I don't think I'll work on Skycrawl much more, but the fragment is big enough to play around and start a story. When it glitches, maybe you can finish that story in your mind ... ?

Links: other
This site is kind of shambolic. If you have any trouble ordering or downloading, please accept my curt, clearly reluctant apologies, & let me know via Twitter or Gmail (josephclwalton). Or if you'd like to pay in kind or not at all for something, do hit me up & I'll arrange it.